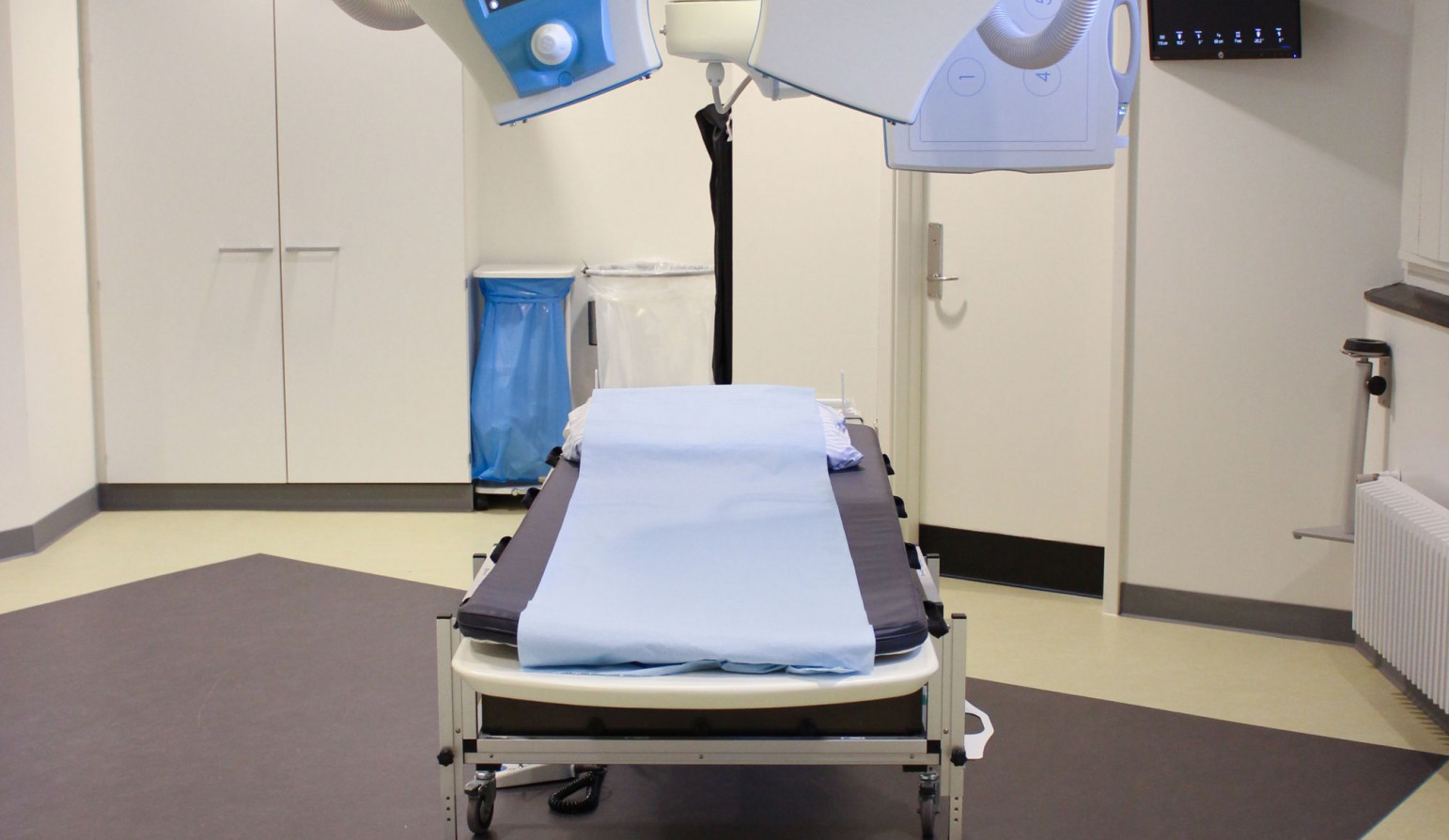 The Adora RSA (NRT, Denmark) is a new stereo X-ray system custom built for Radiostereometry. Images are acquired using CXDI50C digital detectors (Canon, Netherlands). Analysis software was written locally to detect both Tantalum markers and the spherical head of the hip implant, and for RSA reconstruction and kinematic analysis.

An acetabular PE cup was cemented into a Sawbone pelvis. Ten 1.0mm tantalum markers were inserted into the pelvis, four into cement, and ten 0.8mm markers into the cup into which a 28mm metal head was fixed.

The phantom was imaged repeatedly without movement, then moved in translation (up to 100 mm) and rotation (all axes, up to 45 degrees), and with full X-ray repositioning. Precision errors were calculated on the assumption of no relative movement between components.

For the head, the mean total point motion error was 4, 10, 14 and 24 micrometers. Mean error of segment fitting was less than 60 microns with no markers rejected from the composite segment of 24 markers. For cup migration total translation error was 10, 16, 24, and 35 microns with rotation errors less than 0.05 degrees.

Observed errors were small, but increased significantly with movement, consistent with our detector tests which demonstrated microscopic geometric non-uniformity. X-ray exposure and tissue thickness were also identified as factors in precision.

We conclude this system has excellent precision for Radiostereometry.

DR AND FLUOROSCOPY ON THE SAME DEVICE

Bethesda Spital Basel has been using Adora DRFi for almost a year. Expectations in terms of economy, potential applications and ease of use have been fully met. It also provides relief for patients.

The users particularly appreciate the ergonomic advantages of this system, which means that they can go through a high volume of examinations without putting unnecessary strain on their bodies....

Professor Johan Kärrholm is responsible for the research and finds the new equipment promising. The simplified operation gives considerable time gains and an improved working environment. The...